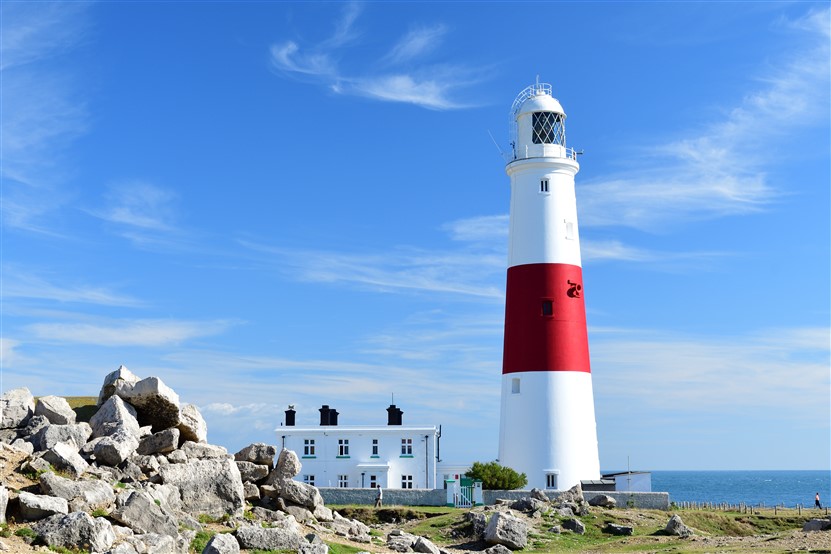 Dorset is situated in the Southwest of England and is well known for its UNESCO World Heritage 'Jurassic Coast' because of its geological history and is the perfect place for fossil hunting and scenic walks across the 95 miles of historic coastline. Dorset has some stunning landmarks including Durdle Door, which is owned by Lulworth Estate and the of course ruins of Corfe Castle at Swanage.

Dorset’s population is approximately 772,268 (2020) with the county town being Dorchester. Tourism has played an increasing role in the county’s economy including coastal towns of Bournemouth, Poole and Weymouth.

Dorset is served by 23 stations on the national network and 5 stations on the Swanage railway branch-line, with South Western trains operating hourly from London Waterloo to Exeter St.Davids, stopping at Dorset stations Sherborne and Gillingham. Great Western railway services from Bristol to Dorset, Dorchester and Weymouth or Cross Country trains from Manchester to Bournemouth.

Places to visit in Dorset

Jurassic Coast - The Jurassic Coastline is England’s only World Heritage site and was inscribed by UNESCO in 2001 for its landforms, rocks and pre-historic fossils. The Jurassic coastline begins in the West Dorset at the seaside down of Lyme Regis, home to fossil hunter Mary Anning. Durdle Door is also one of Dorset's most iconic landmarks part of the Jurassic Coastline, which is a natural arch formed from by the sea piercing through the limestone over 10,000 years ago.

Corfe Castle & Swanage Railway - The ruins of Corfe Castle are located between Swanage and Wareham and date back to the 11th Century when it was built by William the Conqueror, its one the most iconic remnants of the English Civil war it is currently managed by the National Trust. The Swanage railway, which has a station at Corfe Castle, is one of England’s most popular heritage railways, which spans 10 miles from Wareham to Corfe Castle and Swanage. The Swanage Railway has a number of Steam and Diesel locos. 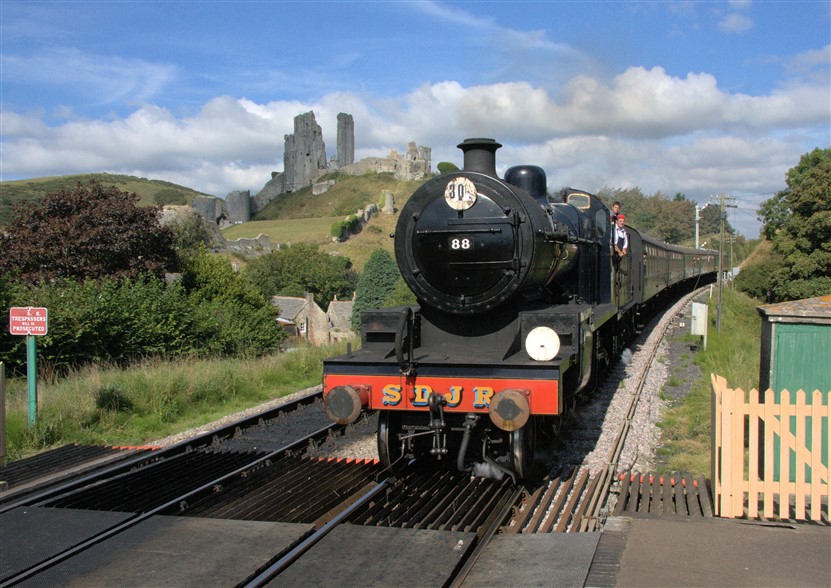 Bournemouth - Bournemouth is the largest resort in Dorset with 7 miles of sandy beaches and a pier, also a number of gardens and arks to walk around. and is always a busy town with lots going on and things to do: Bournemouth Natural Science Museum, Russell-Cotes Art Gallery and Museum & gardens… You may also choose to take the Purbeck Breezer (open top bus) along the coastline to Poole and Swanage.

The Isle of Wight is situated just off the South coast of England, with around 150,000 inhabitants, it is England's largest Island (23 miles long) and has a number of award-winning beaches along its 57 miles of coastlines. Yarmouth is essentially the 'gateway' to the Isle of Wight, with the main ferry services operating at the harbour. The Isle was said to be one of Queen Victoria and Price Alberts favourite destinations, and is where they built their family home - Osbourne House. The Isle is known for its popular 'Isle of Wight Festival' and historical features (including fossils, dinosaur remains and The Needles which are some of the most photographed rocks, located on the western point, the needles are white chalk rocks, guarded by a 19th century lighthouse).

The Isle can be easily accessed by the Wightlink Ferries from Southampton, Portsmouth and Lymington to Yarmouth, Fishbourne or Ryde, which all take less than an hour.

Places to visit on the Isle of Wight

Shanklin - Located on Sandown Bay on the south eastern cost of the Isle of Wight, Shanklin is a popular 'bucket and spade' resort and parish on the Isle of Wight. There is lots to do around Shanklin, visit the theatre, Shanklin Chine (which is a geological formation and popular tourist attraction that has formed over 10,000 years) or explore the Old Village with thatched cottages and lots of history. Sandown/Shanklin Beach is a Blue Flag beach and is the Isle of Wights best known golden sandy beach. 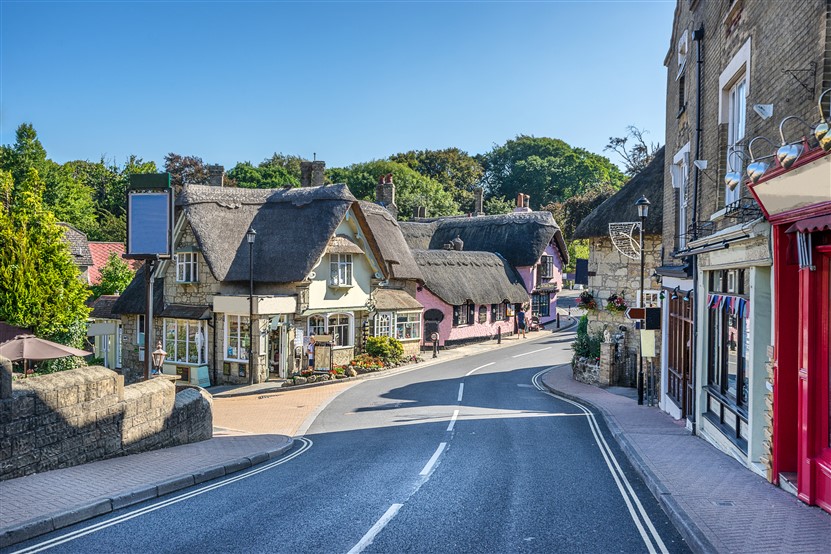 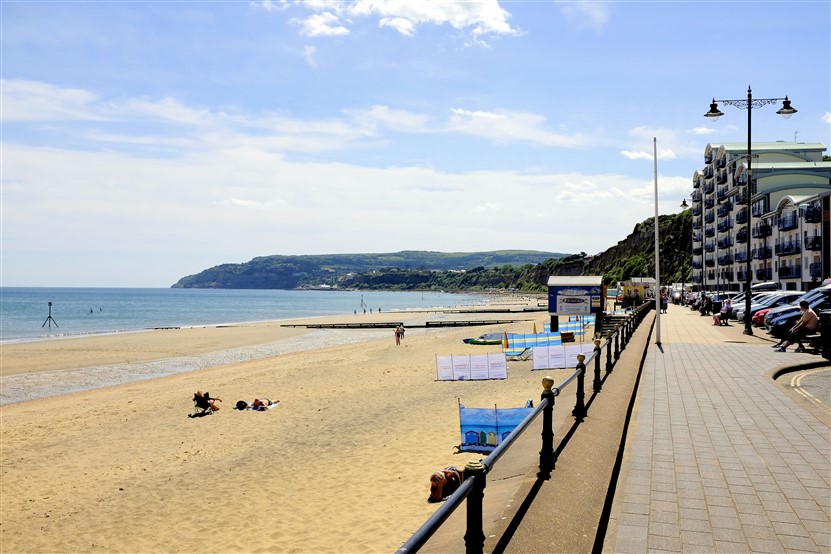 Isle of Wight Steam Railway - In 2018 the 10 mile round trip of the Isle of Wight Steam railway was accredited museum status by the Arts Council England, the railway has 4 stations - Wooton, Haventstreet, Ashey and Smallbrook Junction. At Smallbrook junction you can then swap from steam to electric trains and head to Shanklin. 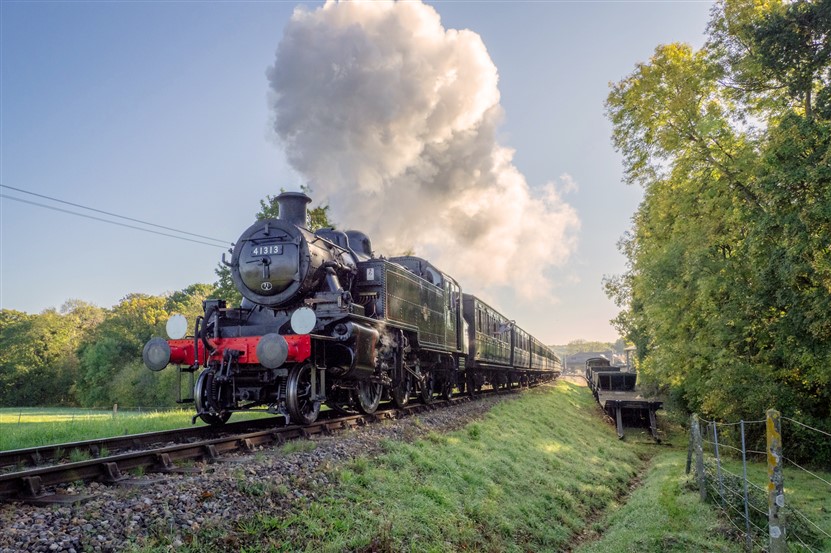 Carisbrooke Castle - Carisbrooke Castle is over 1,000 years old and had been the centre of power and defence over the Isle of Wight for many years. The castle has previously been a fortress, Norman Castle and a prison for important Royalists even holding Charles I in the Civil War from 1647-48. The castle is now cared for by English Heritage. 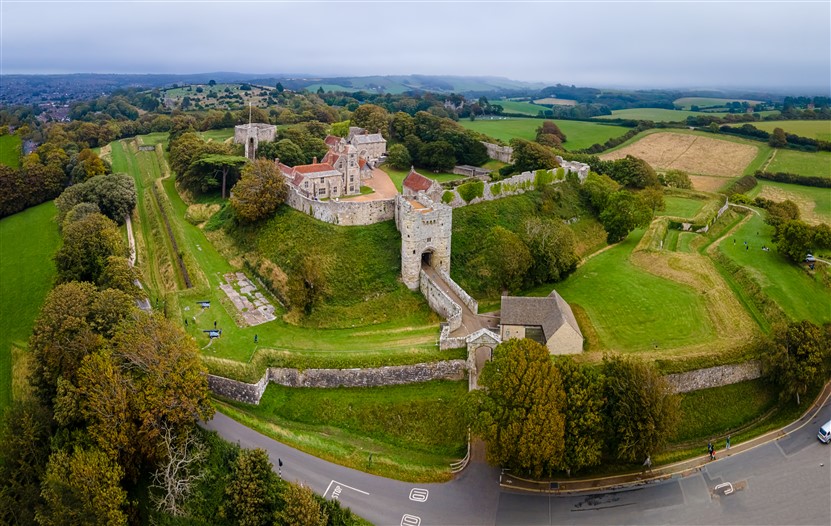 Osbourne House - Situated in East Cowes on the Isle of Wight, there is little known about the Osbourne site before it was occupied by Queen Victoria and Prince Albert. They bought the Estate in 1845 and built Osbourne House, they spent as much time here as they could to escape court life. Following Prince Alberts death in 1861, Queen Victoria entertained a number of Kings, Queens and Ministers at the house for over 50 years until she died at Osbourne House on 22nd January 1901. Visitors can tour the house and even see some of the private rooms, furniture and Alberts Italianate architecture designs of the house and gardens.