The Cotswolds is an area in south-central, West Midlands and South West England comprising the Cotswold Hills, a range of rolling hills that rise from the meadows of the upper Thames to an escarpment, known as the Cotswold Edge, above the Severn Valley and Evesham Vale.

The area is defined by the bedrock of Jurassic limestone that creates a type of grassland habitat rare in the UK and that is quarried for the golden-coloured Cotswold stone. It contains unique features derived from the use of this stone; the predominantly rural landscape contains stone-built villages, historical towns and stately homes and gardens.

Gloucester - Gloucester is a cathedral city and the county town of Gloucestershire in the South West of England. Gloucester lies on the River Severn, between the Cotswolds to the east and the Forest of Dean to the west. A major attraction of the city is Gloucester Cathedral, which is the burial place of King EdwardII and Walter de Lacy, and features in scenes from the Harry Potter films. The history of Gloucester goes way back to Roman times to AD 48 when it was called Glevum by the Romans. Through the Norman conquest and into the modern era.

Broadway – Gloucestershire - Picture perfect with the honey-coloured stone buildings of the Cotswold, Broadway is one of the most picturesque of the Cotswold villages.

Museum of the Great Western Railway - The museum is housed in a restored Grade II listed railway building. This was part of the old Swindon Works of the   Great Western Railway, which was one of the largest in the world and operated from 1843 to 1986. In its heyday, it covered more than 300 acres, and could turn out three locomotives per week. Apart from many exhibits of interest to railway engine and rolling stock enthusiasts, it tells the social story of the railway community in Swindon, with recorded personal experiences and film archives. Lifelike exhibits show people at work and human interactions. There are exhibits explaining the construction of locomotives, of railway equipment and of the railways themselves. It also tells the history of the Great Western Railway and the life of Isambard Kingdom Brunel, the famous Victorian engineer, who masterminded the Great Western Railway.

Gloucestershire Warwickshire Railway - is a volunteer-run heritage railway which runs along the Gloucestershire/Worcestershire border of the Cotswolds, England. has restored and reopened around 14 miles (23 km) of track, operating between Cheltenham Racecourse and Broadway. The most recent extension to Broadway (completed in 2018) involved the company raising £1.38 million. The 28-mile round trip on steam and heritage diesel trains follows part of the route of the former Great Western main line from Birmingham to Cheltenham.

Hook Norton Brewery - is a regional brewery in Hook Norton, Oxfordshire, England, several miles outside the Cotswold Hills. Founded in 1849, the brewing plant is a traditional Victorian 'tower' brewery in which all the stages of the brewing process. 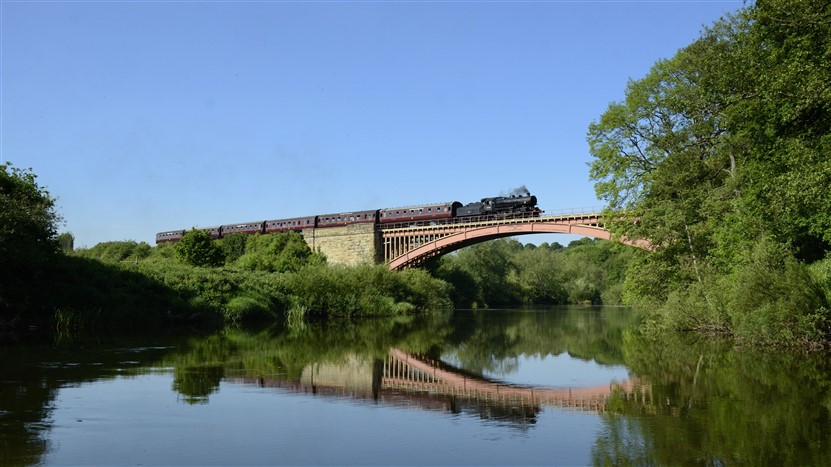 Please visit  here  for all Railtrails' Cotswolds Tours, we are sure you will not be disappointed!